• Nationwide, rents in the suburbs rose at a faster pace year-over-year than rents in urban areas.
• Suburban rents are rising fastest in Seattle, Portland, Ore., and Los Angeles.
• In San Francisco, the price of an urban rental dropped 0.4 percent, while suburban rental prices climbed 2.6 percent.

The trend is more pronounced in booming markets where rent affordability is an issue – places like San Francisco, where people earning the median income pay almost 44 percent of their rent for a median-priced rental.

Years of rent increases have pushed city living out of reach for many renters, who may be choosing longer commutes in exchange for cheaper rental payments. However, 83 percent of renters recently indicated they are confident they’ll be able to stay in their homes as long as they want. 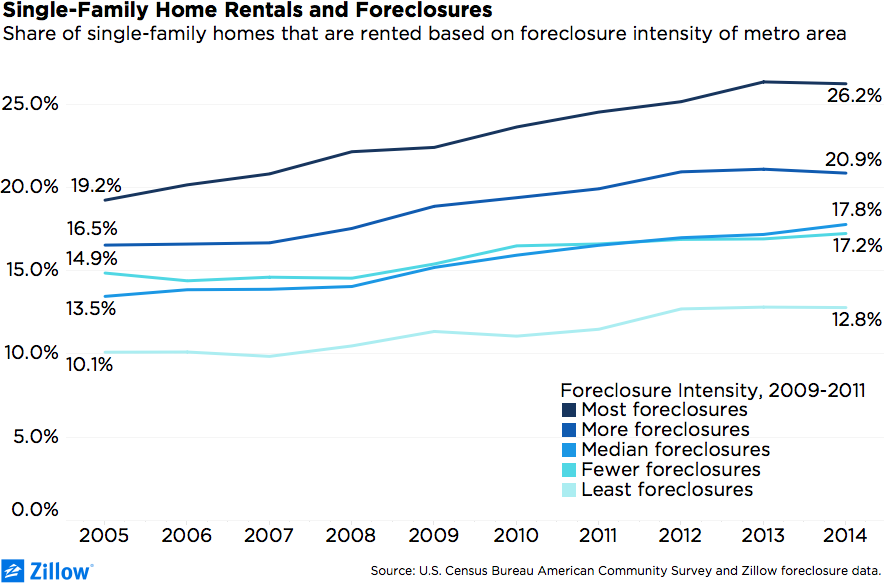 Deteriorating affordability for those looking to buy a home also keeps the pressure on rents themselves. If renters, especially low-income renters, can’t afford to transition into homeownership, rental demand will stay high and prices will keep rising. That’s true everywhere, and especially in the suburbs, for a couple reasons:

So it’s unlikely that suburban rental demand will fade any time soon, unless buying a home becomes less challenging.

Check out the change in rental prices among urban and suburban areas across the country: 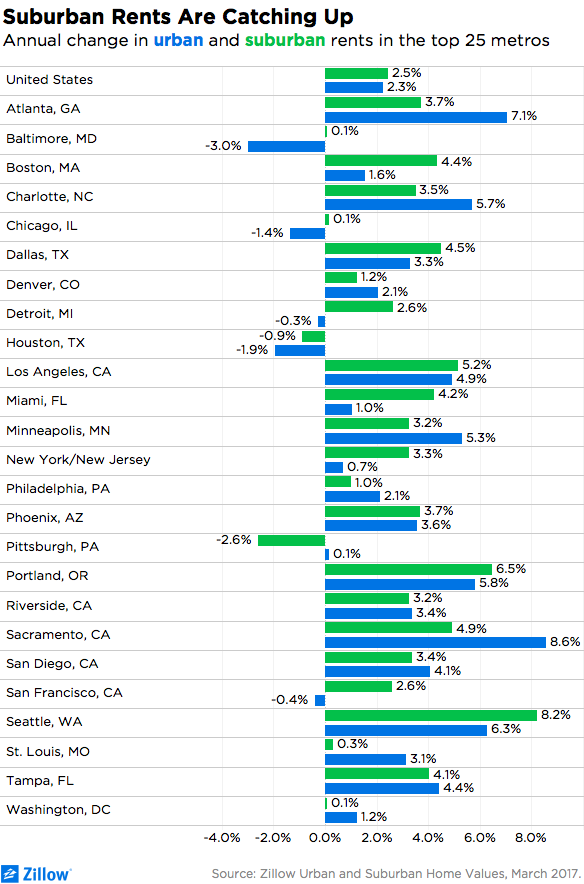